Toys R Us Goes to the Mall? 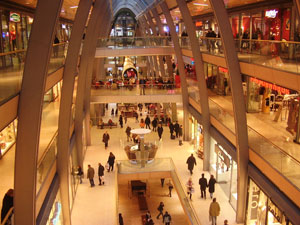 Toys R Us is doing something that reminds us of how to take advantage in a so-called down market! Recognizing that mall vacancies are up, Toys-R-Us is negotiating with several malls to rent space just during the Christmas season, thereby giving themselves an expanded retail presence, a “mall presence,” they can capitalize on during their busiest time of the year. If the space proves viable, they can probably negotiate for an extended rental period or simply abandon the space once the lease is up, all the while maximizing their investments in the mall locations.

A good lesson from all this is that bold companies in a good cash position can not only survive in a downturn, but get control of the situation and thrive! If we worry not so much about “the” economy and instead worry about “our” economy, chances are we’ll put ourselves in a better position to take advantage of the same situations that cause others grief.

Discovery consists of seeing what everybody has seen and thinking what nobody else has thought.”