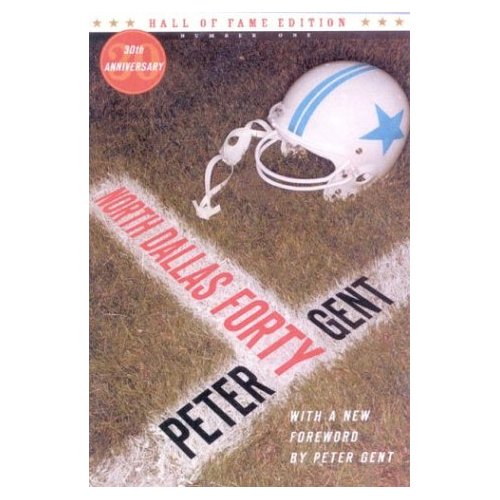 Football season is upon us!  Anticipation over both professional and college football always puts excitement in the air here in Oklahoma, and let’s hope that there’s a crisp, cold front in the air before long, too, to really put is in the spirit of the season!

Though I remain a fan of the sport of football in general, I’m a little sad to report that I don’t really feel an attachment to any one team, and haven’t really since the Packers traded Brett Favre. In fact, if it hadn’t been for getting to watch Favre perform miracles every time he hit the field, I would have probably dropped out of football after the Cowboys started to slip in the late 90s. It just seems to get harder and harder to see my favorite stars get old and retire, or to watch teams that were once powerhouses deteriorate. To have to reinvest that energy getting to know a new team is just something I find tougher each year.

One fall ritual I’ve found hasn’t lost its luster is my annual tradition of re-reading Peter Gent’s groundbreaking classic, North Dallas Forty! This is a great story in any context. It was an extraordinary expose on the reality of professional sports in its day, and it even offers a lot of great lessons in business, human relations, and management. I’d recommend you read it if you haven’t already. If you have already read it, read it again and view it as a management handbook as you do! The way athletes were once treated like equipment to be depreciated is eerily similar to how employees are treated in the workplace today. The way management goes out of its way to keep even the star performers off balance and in line also reminds me a lot of the tactics some organizations seem to be using a lot more frequently these days. Of course the notion that we’re all ultimately replaceable, no matter how good we may think we are, is also a point the book makes that we should probably think about. All in all, it’s just a good read.

And if you’ve ever doubted that truth is stranger than fiction, check out Cowboys Have Always Been My Heroes.

Writing is the only thing I have done that comes close to being as terrifying as being a pro football player.” – Peter Gent