The incredible, inspirational, uplifting story of the most famous reindeer of all! 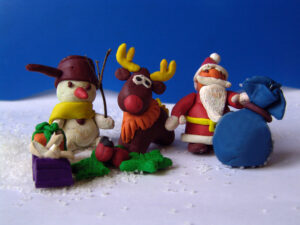 A fellow named Bob May, depressed and brokenhearted, stared out his drafty apartment window into the chilling December night. His 4-year-old daughter, Barbara, sat on his lap quietly sobbing. Bob’s wife, Evelyn, was dying of cancer. Little Barbara couldn’t understand why her mommy could never come home. Barbara looked up into her dads eyes and asked, “Why isn’t Mommy just like everybody else’s Mommy?” Bob’s jaw tightened and his eyes welled with tears. Her question brought waves of grief, but also of anger. It had been the story of Bob’s life. Life always had to be different for Bob. Being small when he was a kid, Bob was often bullied by other boys. He was too little at the time to compete in sports. He was often called names he’d rather not remember.