Why the new Magnum, P.I. could fail big-time… 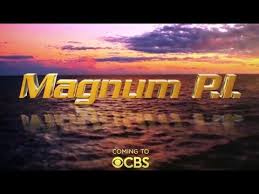 I’m gonna go all “grouchy old man” on you and predict early that the new Magnum, P.I. series could fail.

For one thing, the original show was really good because it was, well, original! It was a cool action show yet the characters were believable and likeable, they grew and developed over the show’s 8 seasons, on and on goes the list of things we loved about that 1980s classic.

This is a remake, a redo, a re-imagine, whatever. Because it’s not the original, there will be constant comparisons to the original which could really hold it back. Yeah, I know, there are shows like the rebooted Hawaii Five-O which are actually pretty good, I have to admit, but I really think this one is destined for a very short run, and for any number of reasons, but I’ll share just one for you to think about.

In his autobiography, The Garner Files, James Garner told a story about how the initial imagining of the Thomas Magnum character was that of a near superhero who was flawless in his execution, never lost at love, etc. Tom Selleck, who had guest starred repeatedly on Garner’s hit show The Rockford Files, knew one of the reasons for Rockford’s success was that the Jim Rockford character was very fallible, wasn’t afraid to show fear, and so forth. So he suggested a rewrite of the Thomas Magnum character and one of the most iconic TV characters was born.

The trailer for the new show suggests this new Thomas Magnum will be that superhero type who can leap from a speeding truck onto a helicopter and do all kinds of other impossible stunts. Fearlessly. How is that any different from any other modern, cookie-cutter TV or movie action hero? Plus, the previews suggest we’ll be bombarded with special effects since that technology is so cheap it’s affordable for even the smallest TV series budget. The effects and the splashy editing will likely be the real star of the show, completely counter to the character-driven storytelling that worked so well for the original Magnum, P.I.

To be fair, I’ll give it a shot, but I don’t plan on getting my hopes up.

You gotta be first, better, or different.” – Loretta Lynn