Will The Real Monty Python Please Stand Up? 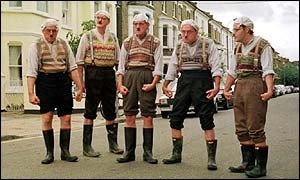 How did Monty Python’s Flying Circus get its name?

According to a documentary I saw some time ago, and partially confirmed by Wikipedia, the ground-breaking comedy team was sitting around a table just before putting the final touches on their show. One of the cast members threw out the name, Monty Python’s Flying Circus, that made them all laugh, and history was made.

As much as I love, value, and advocate research, I’m also a huge fan of going with your instincts! Sometimes when you have an idea that works, you just know it! You just feel it! And when you feel it strongly enough, your customers will feel it too, and maybe you’ll end up making history!