Analog Inspiration In The Digital Age? 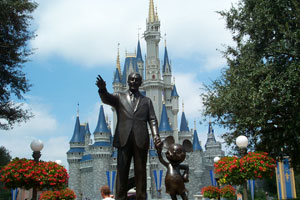 Disney Animation Legend Joe Grant gave Pete Docter, Director of Pixar’s UP, a pencil. The pencil’s visible wear (see for yourself) attests its use in the creation of Disney-caliber artwork of yesteryear. The pencil became one of Docter’s prized posessions partly because, as we can all probably attest, getting something from someone you respect instantly becomes a treasure. However, Docter says another reason the pencil has such great significance is that it reminds him that Disney’s roots, and its future, are in storytelling. Regardless of how big a role new technology plays in the development of new features, at their core, everything Disney/Pixar strives to offer its customers is firmly grounded in a compelling, well-done story.

That’s a big reason why Toy Story was such a smash hit when it was first released in 1996, and why the 10 Year Anniversary Edition DVD sold so well. Though it was a captivating, award-winning application of technology, it has endured because it was just a great story! Toy Story will undoubtedly take its place with so many Disney films that have an audience in each generation. The reason the product has endured is because the brand has endured, and the brand has endured because it’s a story worth hearing again and again. And trust me, if you have kids, you’re going to hear that story again, and again, and again…

I can’t wait to see UP just because I so appreciate the guiding principle behind Docter’s direction and everything Disney does. As he said as he reflected on why the pencil meant so much to him, “Even though people look at Pixar as cutting-edge, we have one foot planted in the tradition of great storytelling.” What a powerful word: Tradition!

The challenge for each of us is to consider what enduring value will our brand have? What story will we tell that will keep current customers wanting to be a part of it, to tell it to others, and to get others to pass it along, maybe even from one generation to the next? The brand is more than just the product, it’s the entire story!