Marketing Myopia vs. the WWE? 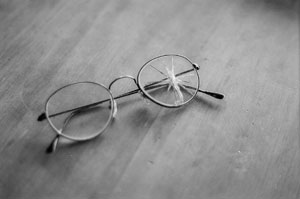 Marketing Legend Theodore Levitt coined the often-used phrase, “Marketing Myopia,” as a way to describe how sometimes a short-sighted vision can short-change an organization. Most people may not be as familiar with the term, Marketing Myopia, as they are the well-used example of how the railroad industry defined themselves as being in the railroad industry instead of the transportation industry, and thus lost many passengers/customers to the emerging airline industry by overlooking how to incorporate new technology into their ultimate mission.

The famous 101 Ranch suffered a similar fate. They once offered the most celebrated wild west show around. They attracted the biggest name talent of the day, and provided their audiences with a return on their entertainment dollar many times their investment. They had an amazing run, but failed to notice how a new entertainment delivery system, motion pictures, was using them as a proving ground from which to scout future talent for their movies. Just about as soon as a star demonstrated exceptional talent and crowd appeal, they’d wind up with a lucrative film contract and a train ticket to Hollywood.

World Wrestling Entertainment (the WWE), learned a similar lesson. After a few of its big stars like The Rock, Dwayne Johnson, left at the peak of their wrestling fame to go into the movie business, WWE President Vince McMahon (who deserves his own place in the marketing hall of fame) decided they would expand their reach. Instead of just being in the wrestling business, they are now in the talent business. When a wrestler comes on board with the WWE, they essentially become WWE property. The wrestler becomes talent owned by the WWE, who will basically be able to capitalize on them as an asset from that time on. If a star wants to go into the movies, fine. The talent brokerage division of the WWE will be happy to negotiate that relationship and serve as the agent for the star throughout his or her career. They even have their own production company in which to create the features in which to showcase their stars. Problem solved, profits realized.

Maximization should include not only all our delivery systems, but also in how we view what business we’re in. We need to always look for additional profit centers and how to best incorporate them in our business models. This may mean acquisition, or it may mean the formation of strategic alliances, but we have to make sure we heed the enduring words of Theodore Levitt and not get myopic in our marketing vision!