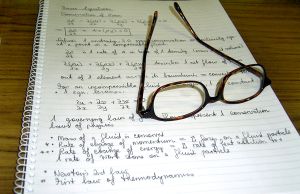 I had the opportunity to attend the workshop of one of my favorite consultants who happened to be giving a workshop to us fellow consultants on consulting, because consulting is one of the things he consults on.

Anyhow, one of my colleagues raised the question of what would be good books to read to help further our management thought. Without hesitation, he responded, “Read Drucker, and not much else,  because frankly, there aren’t that many good business books out there.” This consultant has authored several books of his own, and no one had the courage to ask him if he included his own titles in that appraisal, but I do agree with at least half of his answer. I think you should read as much and as often as you can, but if you find reading difficult to work into your busy life, Drucker’s work will give you a much greater return than the time you have to sacrifice to read it.

“Read Drucker” is good advice because Drucker’s thought is both common sense and powerful. Perhaps it’s so powerful because it is rooted in simple, straightforward common sense, which is often so woefully lacking in most organizations. Drucker was called “The guru to guru to gurus” by Tom Peters, and something that has almost become habit with me is to flip to the index and/or bibliography of any business book I’m reading to see if Drucker is mentioned or cited in the book. I almost consider the book incomplete if it doesn’t cite Drucker at least once.

What was it that distinguished Drucker? Some may argue that he is considered a “guru” because he came along at a time when the notion of the “management guru” was an emerging phenomenon, but I think author Jim Collins summed it up best. Collins had the opportunity to work with and interview Drucker for one of his books, and he said that his immediate realization upon meeting Dr. Drucker was that what made him such a great thinker was that he still very much considered himself a student.

We should all consider ourselves fortunate students of the remarkable game of business and consider ourselves blessed to work in a free market, and we should strive to have as much expertise about what we do as we can, whatever our field or industry. After all, that’s essentially what made Drucker, well, Drucker!