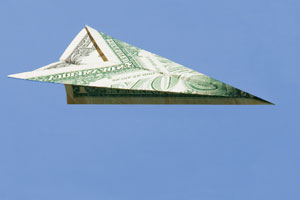 One of the tools advertisers have experimented with over the past couple of years or so is the use of a magazine ad that pulls out into a sort of tri-fold effect. This isn’t such a bad idea, but it may not necessarily be a huge winner either.

On one hand, the ad does accomplish the first thing necessary in communication, which is to attract ATTENTION. It does cause the reader to take a second look and could potentially create the impression of the organization or product featured in the ad as first-class, innovative, fun, clever, or just different enough to make them want to learn more.

On the other hand, the ad had better be really, really good. It had really better be worth the effort required of the reader to fold it out and look at it. Otherwise, it’s just a bother.

It had better be a grabber, because the ”new” will wear off this method really fast. If it catches on and several advertisers use this method in the same publication, the fold-out ads will lose their differentiation pretty quickly and the contest will come down to which fold-out ads stand out most from the other fold-out ads, which kind of takes us back to where we started – trying to cut through the clutter to gain attention.

And it could get worse! Having to refold and re-stuff all these ads back into the magazine could become such an annoyance that the reader either ignores the message altogether or simply doesn’t even open the fold-out. At risk here is that the reader could immediately develop a negative association to the sponsoring organization. Just as Yahoo received so much customer resistance to its pop-up ads a few years back that they eventually curbed them drastically, too many “pop-out” ads that impede the simple, peaceful goal of just reading a magazine could cause this method to backfire on advertisers.

At best, these kinds of ads are eye-catching, and that’s only if the ad is really a stand-out. At worst, it’s an annoyance to a customer, and that’s not the kind of branding any of us want!

Every defeat, every heartbreak, every loss, contains its own seed, its own lesson on how to improve your performance the next time.” – Og Mandino