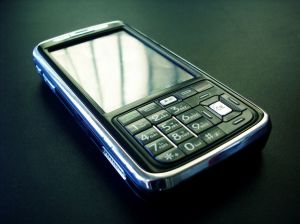 Bill Gates had this idea several years ago that someday we’d all carry one device, and that one device would carry our medical records, replace our car keys, our house keys, would replace our wallets, you name it. People kind of scoffed at the idea that it would be practical for one device to accomplish so much, or that anyone would be willing to surrender that much information to an electronic device, but today’s smartphone is right on track to do just that. The current label for this innovation is the “digital wallet” if you’re looking for a buzzword for your next water cooler conversation.

A while back I remarked about how the smartphone could shorten the grocery shopping experience. Here’s a short video news story that shows this notion could explode into a half a trillion dollar industry in just a few years.

I have more than a few concerns about all that info being available in one device and potentially that vulnerable, but I also see that it’s got a lot of game-changing possibilities and customer benefits. I don’t doubt that this will be how it is in the future. In fact, it may be here before you finish this sentence!