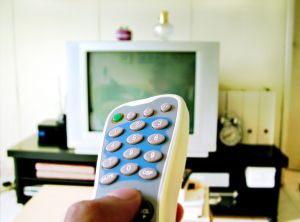 Come Super Bowl Sunday we’ll all be gathered around the tube to give this hyped-up event the homage it deserves. Most of us will likely discuss the commercials that air during this glorious event as much as we discuss the game itself. That shouldn’t be so surprising considering how marketers pay close to $3 million per 30 seconds of Super Bowl airtime. Many of these things will be awe-inspiring productions. We may find ourselves talking about them for days afterward, in fact. A fair amount of them may cause us to look at our fellow Super-Bowl party attendees and go, “What the heck did that have to do with…anything?” If the creators of the commercials were at the party with us, they’d probably get all huffy and defensive and say that we’re missing the point. That the ad is supposed to generate “buzz” and that no brand will go far without first getting people to talk about it, and to get people to talk about it you first have to get their attention. And to get their attention you have to do something that dazzles them, and if they’re dazzled by the commercial, they’ll be dazzled by the product. If they love the commercial, they’ll love the brand, they might say.

Author Jack Trout refers to this  hoopla as “marketing theater” rather than marketing that should impress us, and he’s none too complimentary of most of it. He is quick to remind us of some important things about exactly what an advertisement is supposed to accomplish and what elements should be present in order for that to happen.

Trout says that an ad is basically what you do when you can’t send a salesperson to visit with the prospect. That simple fact shouldn’t be overlooked in any promotion we do, but especially for something we’re taking a three million dollar gamble on. Its ultimate purpose should be to SELL the VALUE of the offer. The content of the commercial should demonstrate how it is a superior solution over anything offered by a competitor and showcase how it will make the life of the customer better. That is the story the ad should tell.

As you watch the commercials that air during the big game, think about that and see if he might just have a point.

If it doesn’t sell, it isn’t creative.” – David Ogilvy