Drop the tailgate and let’s get it on! 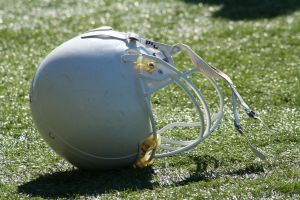 I mentioned last year that I have kind of an annual tradition of reading Peter Gent’s classic, ground-breaking football novel, North Dallas Forty every year around the time football season starts. After a blistering hot spell we have been blessed with a nice cool down that makes fall feel like fall! It sets the tone for football season and reminds us why Oklahoma is such a great place to live any time, but especially in the fall!

Anyhow, Gent’s sequel to North Dallas Forty, aptly titled North Dallas After Forty didn’t receive anywhere near the acclaim of the original. I can kind of see why the second book wasn’t so well received, but I really liked it, too, and I recommend it as well. The second book catches up with the characters around 20 or so years after the events of the first book,. It revisits their present-day lives and also has frequent flashbacks to when the characters were in training camp, so you get to see their worlds through both young and older eyes.

In one flashback scene of the book the players are attending training camp in California. The camp is located in a secluded area, and one character remarks how in 20 years, the rolling, empty hills will all be covered with housing additions, shopping centers, and the like. When one character shrugs that 20 years is a long time, the originator of the remark says, “Only in the life of a jock.”

For some reason, that line really struck me when I first read it 21 years ago. I can now confirm that, whether you’re a jock or not,  20 years is indeed the mere blink of an eye. So I’ve tried to stop blinking!

The bad news is time flies. The good news is you’re the pilot. – Michael Altshulernt