And the winner of the late night wars is…Larry Sanders? 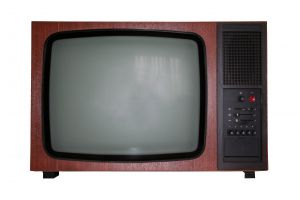 Before there was the great feud between Conan O’Brian and Jay Leno, there was a knock-down-drag-out between Leno and David Letterman to fill the void left at 10:30 when the legendary Johnny Carson retired. This story is hilariously told in the movie, The Late Shift. If you like docudramas, this is a good one. The dude who plays Letterman is dead-on, so much so that Letterman still makes reference to him now and then.

What was left out of the movie was the role comedian Gary Shandling played in the whole process. Shandling was so successful at the time he had been named the permanent “guest host” on The Tonight Show, yet he opted out of the running to replace Carson. Instead, deciding to “go where they ain’t,” Shandling launched an entirely original concept in television at the time, a fictional show that intermingled real-life characters and events. He played talk show host Larry Sanders in the HBO show of the same name, and it ran for several years, occasionally even making fun of the whole late-night war thing and even featuring cameos by Leno and Letterman. I always suspected Shandling had a ball doing this show.

Instead of competing in a category and engaging in an ongoing battle for the number one spot, Shandling created his own category. Next time you’re stewing over how to compete in a category, think instead about what kind of category you might be able to create, and you could own it from the start.