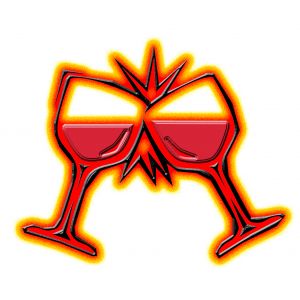 Sometimes being dead wrong can turn out to be a good thing! When the idea last year for doing an evening event at the Oklahoma City Chapter of the American Marketing Association came up, a banquet-type event (translation: labor-intensive event!), I was skeptical at first, and I said so. I did it in the same vein as so many good past-presidents had advised me over the years when I was in leadership, which was just to say, “Hey, let’s be careful…, these things cost a lot of money and it’s often hard to find the labor to pull it off, evening events are a tough to get people to attend, have you thought about this, have you thought about that, etc…” Never intending to be a big ol’ downer, and I hope I didn’t say something like “We tried that once and it didn’t go so well…,” because statements like that guarantee an organization will have a mediocre future. But, since a not-for-profit kind of has to be able to justify every dollar it spends because it’s somebody else’s money you’re spending, that has to be the big filter through which every decision is made. I just didn’t think overall this was a good one. So I just had to get my two cents in. Nobody listened, and that was a good thing, it turns out, because the inaugural Marketini event, as it was so cleverly named, was a huge success. People literally had to be turned away. Plus, the event elevated the stature of the already prestigious Excellence in Marketing Awards by showcasing their presentation in a venue that gives them the attention they deserve. The event happened to be held in the OKC Chapter’s 50th year, and since I’ve been a member for nearly 20 of those years, that was kinda neat to reflect upon. The Marketini had this cool, Mad Men theme and everybody dressed “50s,” it was really something.

I might also point out that even though I didn’t agree with the idea, once it was green-lighted, I tried to do what past-presidents did for me so well any time I had an idea, and I sometimes had some crazy ones – I supported it. Our company was a sponsor and I spent the day of the event helping the committee with the set up and the Saturday morning after helping with the take down (Side note – if you drive a pickup truck, be careful who knows it! A good line to memorize is “I’d love to haul that for you, but since this is a company-owned vehicle our insurance prohibits it.” Then shrug and shake your head slowly while wearing your most convincing  expression of regret…).  Seriously, it was fun to be a part of that historical occasion and I’ll always be proud my financial support and sweat equity helped make it so.

Usually this is where I conclude the post with an action or a marketing lesson you can use, and there are actually several positive, long-range, strategic, branding lessons to be gleamed from my 2012 Marketini experience, which I’ll talk about another time. They’ll probably find their way into my next book, as a matter of fact, because there were some great lessons learned.

I wanted this post to just be a much-deserved thank-you, because a LOT of hard work goes into such an undertaking.

As the second annual Marketini approaches, a toast to the professional chapter of the American Marketing Association of Oklahoma City and its current leadership. Hear, hear!

Try a lot of stuff, keep what works.” – Jim Collins, Built to Last