USPS Clothing – Why this is a terrible idea! 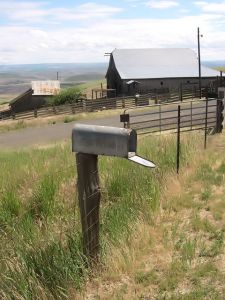 The U.S. Postal Service has announced it’s licensing a clothing line in 2014 as a way to boost revenue and to help reposition its ailing brand among consumers. This kind of thing is a common way for companies who have strong brand equity and favorable brand associations to leverage that brand into additional revenue. So in theory, the idea is not all bad. Harley Davidson, for example, licenses its brand for use on lines of everything from key rings to Ford F-150s. They have a huge clothing line, too, but they are Harley Davidson…Those same folks who proudly call themselves, or aspire to be HOGS (members of the Harley Owners Group), proudly wear the Harley Davidson logo. They have extremely favorable brand associations and strong brand equity as a result.

The postal service? Well, not so much.

For one thing, the Postal Service isn’t exactly known as a winner. So who wants to walk around wearing a garment that says, “I support losers?” Or “I dress like the losers?” This ain’t the spot you want to be in. Just follow me around the mall when I wear my Dallas Cowboys ball cap and you’ll get an idea of what I mean.

At the very least, even if this wasn’t a terrible idea (did I mention that I think it is a terrible idea?), it would, at best, be a short-term gain. And when an organization has BIG problems, a short term gain is ultimately no gain at all. It’s highly unlikely that a USPS clothing line will become a new standard in apparel. At best, it’ll be a short-term fad, and without a follow up plan to put legs under it, collapse is inevitable.

Having said all that, let me also say that it’s very sad to watch what has happened to the USPS over the past 25 years or so. I hope they can get back on track. I just don’t see this as the way to get there.