NORAD has the latest on Santa’s whereabouts…

One of our favorite posts each year is to share the story of how NORAD began the tracking of Santa. It’s a charming story and a great marketing lesson. You can read it for yourself below. Many thanks to Katie, one of our readers, for sharing the updated NORAD link with us which allows you to track Santa’s journey around the world. She also shared something neat that Google is doing at  https://www.google.com/santatracker/#/village along with some other Santa resources we’ll talk about next Christmas.

If you’ve got an Internet connection attached to your TV, try putting it up on the big screen around the kids’ bedtime. If the small screen is your thing, there’s an app you can download to get updates on your phone all day Christmas Eve, too.

And, of course, let us use this as one more opportunity to wish you and yours a Merry Christmas! 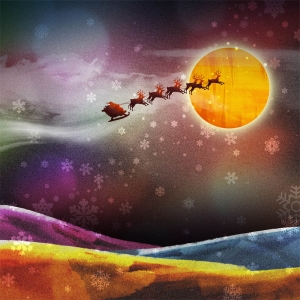 Back when I was a boy, we knew Santa was on his way when the weatherman came on the news at 10 and showed good ole’ St. Nick on his radar. “Santa has left the North Pole…” He would proclaim in a tone that conveyed the seriousness of his message, “So all you little boys and girls out there had better be in bed…” and near panic would ensue as my sister and I scrambled off to our rooms. Today, thanks to the NORAD Santa Tracker, you don’t need your own radar to keep up with Santa’s whereabouts, just an Internet connection. Way cool.

What is even cooler is how NORAD’s tracking of Santa was started and became an annual tradition. As it turns out, a tiny error by Sears & Roebuck started it all!

The following story is borrowed from https://www.noradsanta.org.

The tradition began in 1955 after a Colorado Springs-based Sears Roebuck & Co. advertisement for children to call Santa misprinted the telephone number. Instead of reaching Santa, the phone number put kids through to the CONAD Commander-in-Chief’s operations “hotline.” The Director of Operations at the time, Colonel Harry Shoup, had his staff check the radar for indications of Santa making his way south from the North Pole. Children who called were given updates on his location, and a tradition was born.

In 1958, the governments of Canada and the United States created a bi-national air defense command for North America called the North American Aerospace Defense Command, also known as NORAD, which then took on the tradition of tracking Santa.

Since that time, NORAD men, women, family and friends, have selflessly volunteered their time to personally respond to Christmas Eve phone calls and emails from children. In addition, we now track Santa using the Internet. Last year, millions of people who wanted to know Santa’s whereabouts visited the NORAD Tracks Santa website.

Media from all over the world rely on NORAD as a trusted source to provide Christmas Eve updates on Santa’s journey. Kids can also call NORAD to track Santa.