What should Kia have done instead? 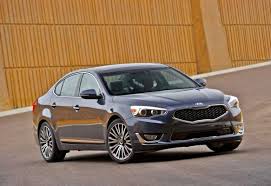 I’ve gotta admit, this is one sharp car!

Kia used a Super Bowl ad to boldly roll out its attempt to enter the luxury car market. What Kia is attempting to do is use a line extension to move into a new category. Sometimes this works, but for the reasons such as those we shared in the previous entry, often times it does not. More on why that is (along with a cool quote from Mike Bosley) here.

That’s not to say that a brand can’t leverage its strengths. It just has to be careful how it does so. As authors Ries and Trout taught us years ago, rather than try to change a customer’s perception through a line extension, a brand should work its way into the mind with a new concept. Note: I know not all of you readers are devotees of Ries & Trout, so feel free to keep that hate mail coming if it makes you happy!

One example Ries & Trout love to use is how Toyota worked its way into the luxury category. Years ago, Toyota had a respected reputation for value and quality, but they were by no means considered a luxury auto brand. To try to convince the market that a high-end Toyota was worth the same price as a Mercedes or BMW or Cadillac would have been a difficult, if not impossible, undertaking. So instead, what Toyota did was to create a totally new brand with a totally new story. Thus was born the Lexus!

When Honda wanted to enter the luxury segment, rather than create a “high-end Honda,” it created a whole new story in the form of the Acura brand. New story, new position in the mind. Typically this is much better than trying to change a perception.

And that’s what Kia should have done, in my humble opinion. They should have developed a new brand with its own unique story But time will tell, and time may tell that I’m totally wrong.