What are the forces that make the environment so dynamic? 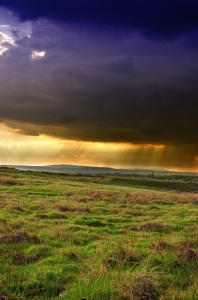 Different authors use different labels for the categories of forces, but because I like things that are simple and memorable, I’ve always preferred the PEST model. PEST stands for Political/Legal, Economic, Socio-cultural, and Technological forces. Here are some examples:

These forces deal with the laws passed that affect organizations. For example, there have been a great many laws passed since the 1960s designed to protect the consumer. While their purpose is to protect consumers, they also become something that must be complied with by organizations and are thus often categorized as a “threat” because of their affect on the bottom line. Organizations also operate in a very litigious environment, which essentially means that questions related to the potentially negative legal consequences of any decision made by the organization coming back to haunt them in the form of litigation.

How readily banks lend money, interest rates, how confident consumers are in the future of the economy, tax rates, tax breaks, and virtually anything that relates to money and/or how consumers and businesses think and feel about it can be considered an economic force.

These forces deal with people. What they think, what they want, what they consider most important, etc.

Ever seen the show Happy Days? It was a program set in the 1950s but launched in 1974. Now, 1974 was a lot different than the 1950s, which is largely the reason why the show was such a hit. In 1974 we had a president resign in disgrace, the ending of an unpopular war, inflation like crazy, oil shortages resulted in gasoline rationing and long lines at the pump, crime was escalating in major metropolitan areas, interest rates were in the double digits, and on and on. The future looked quite grim. As such, when Happy Days brought in a nice extended family we could all be a part of every week, it instantly connected.

Socio-Cultural forces could also be said to carry a higher emotional impact than a logical one. For example, light up a cigarette today in a public place and people will hiss at you like the aliens did in Invasion of the Body Snatchers. The funny thing is, we’ve known cigarettes were bad since the 1960s, but it wasn’t until the cultural pressures came into play and impacted values and beliefs around the 1990s that the sales of cigarettes declined dramatically.

Because of the times in which most of us grew up, we tend to equate technology with mostly the digital evolution. In reality, technology is anything that makes anything else more efficient! From fire to the wheel to the steam engine to barbed wire to the railroads to the telegraph to the automobile to the smart phone to the internet to antibiotics to the emerging miracles promised by biotechnology and nanotechnology, it’s important to note the technology is anything that improves a current means of doing something, making it more efficient, effective, convenient, or more valuable in the eyes of the consumer. And technology can be both an opportunity and a threat.

For example, the affordability of technology has made it possible for many smaller organizations to have access to technology that would have been unheard of years ago. In fact, it’s been said that the average American now owns more powerful technology than even the president had access to just a quarter of a century ago. (Thank you, smartphone!)  On the other hand, technology can be considered a threat because it’s the ultimate game-changer. A change in technology can result in entire industries being obliterated. At the very least, as rapidly as technology is changing, a great challenge exists in just finding the resources to allocate to keeping up with technology.

And the payoff is…?

Understanding what the categories of forces are gives you a framework you can use to help you spot trends so you can capitalize on them!