What if your target market doesn’t care about your offer? 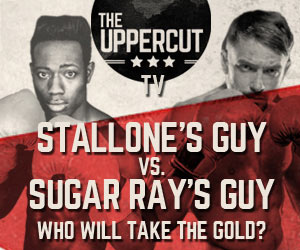 ven though you have a value proposition that would do your potential customers all kinds of good, they may not care one bit about it!

So what can you do? You change the focus in such a way that it gives them something to care about!

Consider the banner ad above as an example. Chances are the two boxers being featured are nothing special in the mind of the marketplace. That’s  not to take anything away from their talent or potential, it’s just that the marketplace doesn’t know anything about them and, as such, probably wouldn’t give an ad listing their names (whoever they are) so much as a first glance, much less a second.

What the promoters have wisely done is to share the message of the event in such a way that the target audience might at least be intrigued. Few may have heard of the fighters themselves, but they’ve undoubtedly heard of Stallone and Sugar Ray. So the idea that these two big names are involved, that it’s “Stallone’s Guy” versus “Sugar Ray’s Guy”  might make the event unique enough to be worth a look.

If your market doesn’t care about what you’ve got to offer, change the way you’re making the offer. Find a unique way to tell the story. Give them a reason to care.